My dad and his friends were always looking for ways to improve their golf game. They would spend hours on the driving range, trying to figure out how to get the ball further and straighter.

One day, my dad decided to try using a driver swing instead of an iron swing. He was amazed at how much further the ball went, and he was able to keep it straight much more often.

His friends didn’t believe him at first, but they were soon convinced when they saw how far his balls were flying. They all started using driver swings too, and they began shooting lower scores than ever before. It was amazing to see them all working together, trying to improve their golf games.

My dad has always been a great teacher, and he loves sharing his knowledge with his friends. He’s helped them all improve their games in ways they never thought possible. Thanks, Dad, for teaching us all about the difference between a driver swing and an iron swing!

The Difference Between a Driver Swing and an Iron Swing

One of the hardest hurdles a golfer must face is comprehending the distinction between a driver and driving iron swing.

Since each golf club has its own specifications for how it should be set up and swung in order to properly strike the ball, a golfer’s mastery of the game does not truly begin until he or she has mastered the fundamentals of every club in the bag.

Many golfers have trouble with either their irons or their drivers, but not both. However, if we assume that both the driver and the iron are golf clubs, what distinguishes one swing from the other?

How you strike the golf ball is the primary distinction between a driver swing and an iron stroke. The loft of the club, not the golfer’s strength, is what lifts the ball in an iron swing.

When hitting the ball off the tee, the best results come from an upward attack angle on the driver swing, which launches the ball high and far. Your driver and iron swing will benefit from the same minor tweaks, given the swings are almost identical.

The primary distinction between the driver swings and the iron swing is the angle of attack. The swing itself won’t feel any different, but your impact position will change.

You can tell that your irons have higher loft than your driver by simply looking at them. The standard lofts for golf clubs range from around 32 degrees for a 7-iron to about 44 degrees for a pitching wedge.

If you hit the ball down and let the loft do the work, you’ll have no trouble getting it in the air with this club. This means that if you strike the ball squarely in the center of its back, it will spring vertically from the ground.

If the ball is elevated on a tee and your stance is forward, you’ll need to adjust your driving motion accordingly. From the peak of your swing, the club will naturally descend toward the ball, but it should bottom out just before impact to provide a level or slightly upward (or positive) attack angle.

With extra time to build speed, you can get the lower-lofted driver airborne and carry far down the fairway thanks to the good attack angle. Too much downward force on the driver’s strike can cause excessive spin, reducing your distance and making it more difficult to manage the ball’s flight.

Hitting the ball with the right attack angle and loft at impact results in a high launch and low spin, two of the hallmarks of a well-struck driver swing.

One common error committed by amateur golfers is failing to examine the location of the ball in their stance. Bad habits in ball position can develop in even the most seasoned players.

In order to get the most out of your driver swing, you should set up with the ball within your lead foot. This will make you feel like you’re standing further forward, but it’ll increase your launch angle and distance with every swing.

When using an iron, the ball is positioned slightly further back in the stance. The ideal ball position for long irons is between the front of the lead foot and the stance’s center. When using a mid iron, aim the ball slightly ahead of center.

A powerful iron swing starts with a neutral center of gravity. Due to the shorter club and different ball position, you may keep your spine more upright when utilizing irons instead of a driver. Your center of gravity will be right over the ball, instead of behind it.

Your iron swing must be complete, but a short iron doesn’t need as much arc as a long one. Shorter, more deliberate backswings improve iron play. This helps you hit the ball solidly and regulate its distance.

Each iron shot should go a specified distance. With such command, you may hit the target consistently.

Right-handed golfers should drive down and through the ball with their right sides while maintaining their chests level. If you want consistent golf swing outcomes, keep your weight in check.

After learning the basics, most motions become easy.

How do you know which type of swing to use in different situations on the golf course?

If you’re unsure which type of swing to use, it’s best to consult with a professional or ask for advice from experienced players. With a little practice, you’ll soon be able to select the right swing for any situation on the golf course.

What are some tips for improving your driver swing and your iron swing?

If you’re looking to improve your golf game, there are a few key things you can focus on to help your driver swing and your iron swing. One is to make sure you’re using the proper grip. A good grip will allow you to control the club and make solid contact with the ball.

Another important aspect is your stance. A proper stance will help you generate power and keep your balance. Finally, you need to focus on your follow-through.

A good follow-through will ensure that you hit the ball squarely and with consistent accuracy. By paying attention to these key elements, you can make significant improvements in your driver swing and your iron swing.

When should you use a hybrid instead of an iron or a driver?

Golfers often debate what type of club is best for different situations.

While there are many factors to consider, such as the type of terrain and the size of the fairway, one important consideration is the distance of the shot. Generally speaking, irons are best for shots that are under 200 yards, while drivers are best for shots that are over 200 yards. However, there is one type of club that can be used for both long and short shots: the hybrid.

A hybrid combines the features of an iron and a driver, making it a versatile option for golfers of all skill levels. Whether you’re hitting a tee shot on a wide open fairway or approach shot into a small green, a hybrid can help you hit your target. So next time you’re undecided about which club to use, reach for a hybrid and enjoy the best of both worlds.

Hitting a ton of golf balls and perfecting your swing motions will help you play longer and straighter drives and more accurate iron swing. Grass driving ranges are ideal for honing your iron skills.

Use the plastic tees, not the rubber ones, at the driving range to hone your driving skills. When you hit the practice green, you should feel like you’re back on the course and able to replicate your actual swing.

Chipping is the best technique to gain a feel for hitting the sweet spot of the club face. If you do this, you’ll be able to strike the ball more cleanly and accurately, and the improvement will trickle up to your irons and woods.

Dr. Scott Lynn, Director of Research and Education at Swing Catalyst, explains how golfers can use ground forces to increase the power of their swings…. 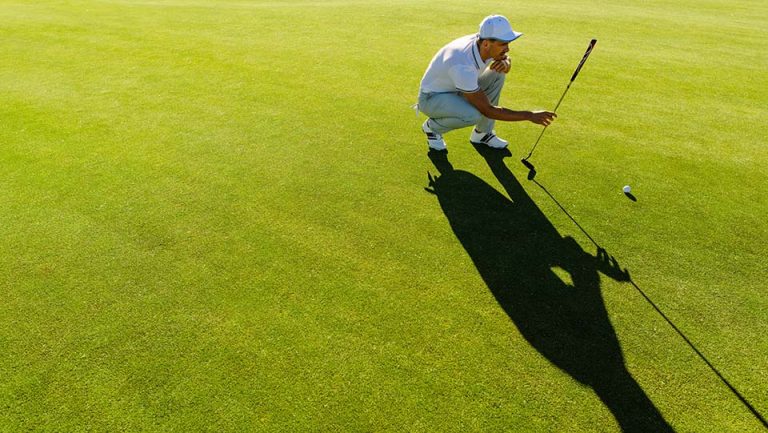 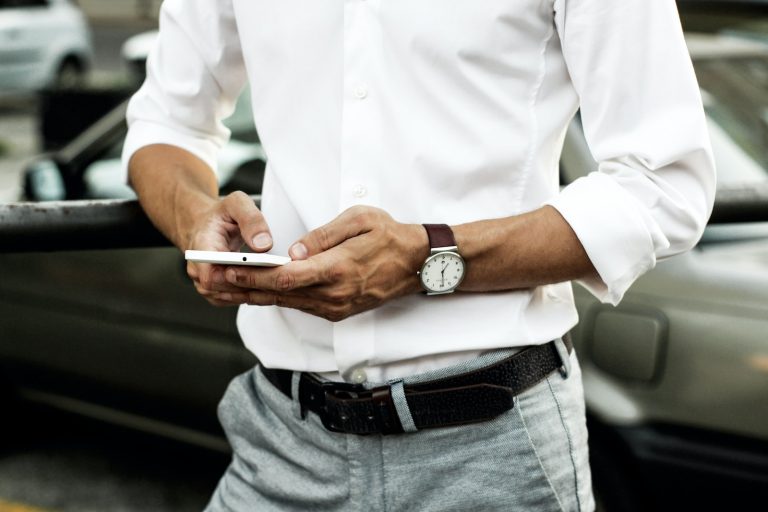 Learn how to swing the club correctly and prevent the club from coming over the top Improve your golf game with these simple, easy-to-follow drills… 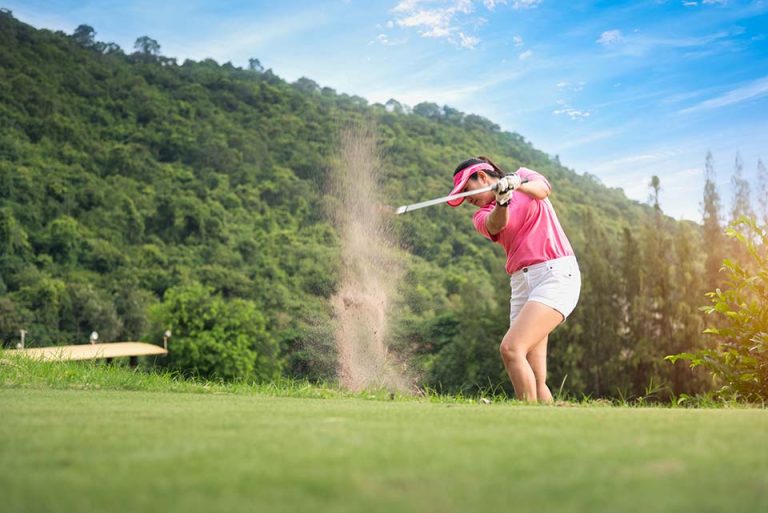 In order to improve your golf swing, you should practice by swinging slowly at first By slowing down your swing, you will have more time… 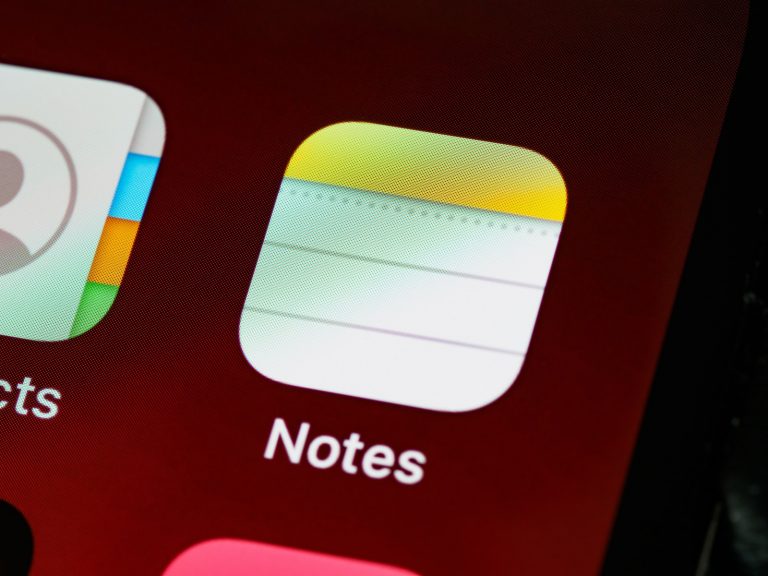 This is what golfers are writing down in their notebooks: How putts break on each green Areas  on the course they’re trying to avoid What…